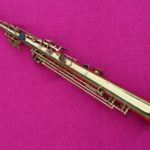 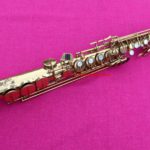 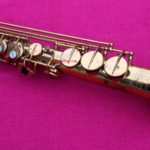 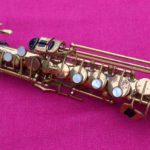 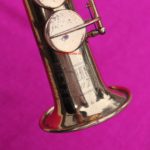 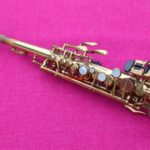 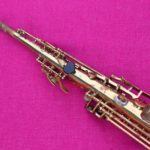 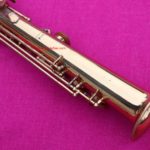 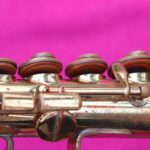 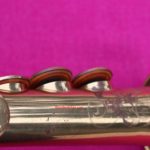 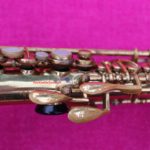 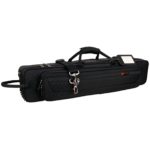 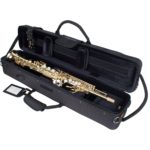 Early era Superba "Phase 1" as my friend Helen helps distinguish best: BassicSax website. I encourage you to read it for some really good info.

This early era of Couf Superba II soprano does not have the high F# key; the early examples also have the metal thumbhook like this one also. And like all of them, the lack of a neckstrap ring has caused many owners to add one - like this one had happen along the way. There is also some bell flare repairs from a stand - too typical of sopranos.

PADS: It arrived with a mix of older pads and it plays down low with some resistance beginning at low C.