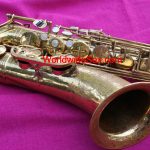 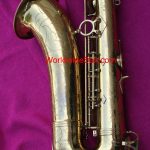 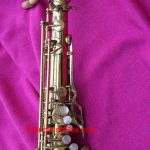 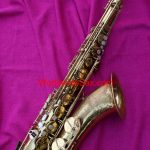 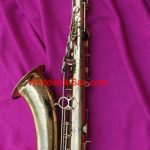 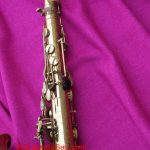 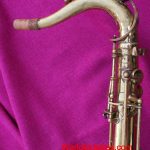 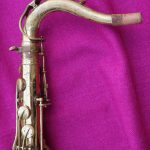 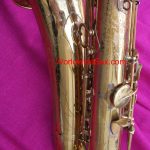 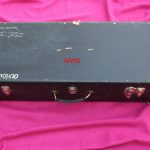 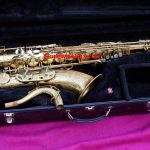 One of the secret gems in the whole sax world! I have plans with this sax to be a great Pro Tenor for a player on a "budget". Let me explain: a Pro, Selmer, Tenor... for under $3000. That is a very hard thing to offer. I'll do my best to help you all out.
CASE: original hard case in good+ shape, hard wood rectangle style, added latch.
Serial #826,5xx, Original lacquer finish at 65%. It was worked on to 'ok playing' condition and I want to have you help make it your own. It had lost the pants guard & F# guard--II found the proper replacements. This sax also had some neck repairs done that are worth mentioning. I gave that some love and helped round out the tubing. I will also do more during the repair work.