THE WWS TIMELINE AT A GLANCE:

I'm sure Sarge would be proud. 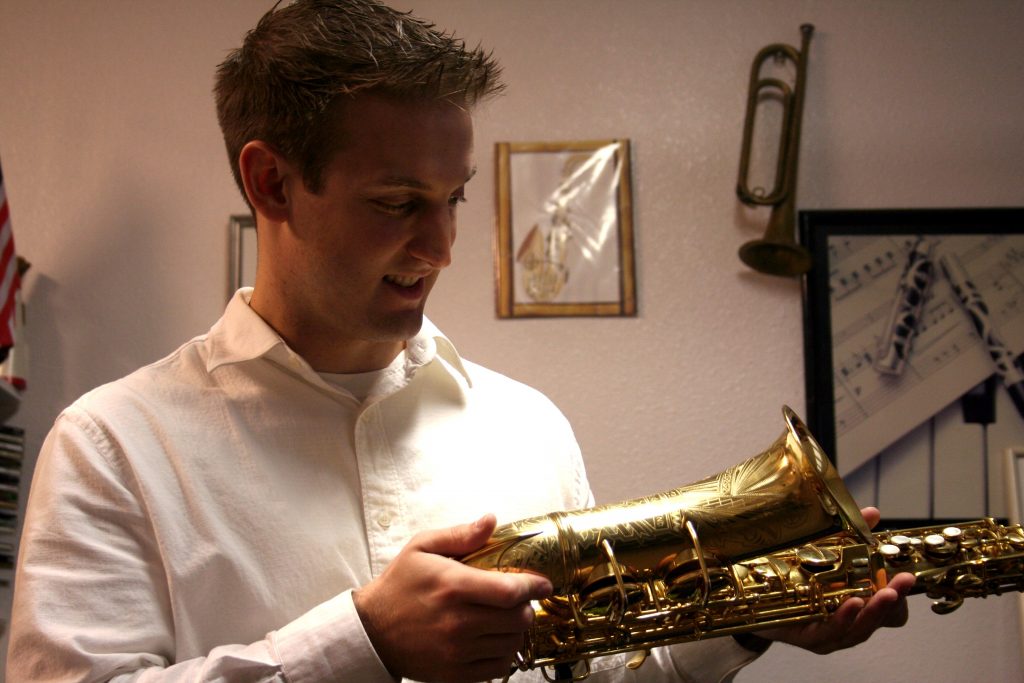 Along with all the work at Worldwide Sax, I taught Band at Stillaguamish Valley Home School in Arlington, WA for the first 5 years alongside my WWS work; I also squeeze in private saxophone lessons, mostly during the summer. I am primarily an Alto player at heart but I often bring my stable of saxes out from gig to gig. It just depends on what I feel like and what they need me to play; as a musician, I also dabble on guitar as necessary too. Soprano has been a fun, frequent flyer as of lately!

Like many sax players, my sax history started with alto saxophone in 6th grade and I consider myself fortunate enough to have owned a soprano, alto and tenor by the time I graduated high school--although the alto was the only quality one. I went to high school in Arlington, WA where I participated in anything ‘band’ related. I loved all of the pep, jazz, symphonic, small ensembles and marching bands. I was a Drum Major (the guy with the fuzzy hat and baton) for 3 years which I credit for developing my teaching abilities.

I am a 2007 graduate of The University of Washington (UW). While attending the UW, I played in several music groups and enjoyed my four years of Husky Marching Band (HMB) that seemed to exhaust us during each Fall--Go Dawgs!. 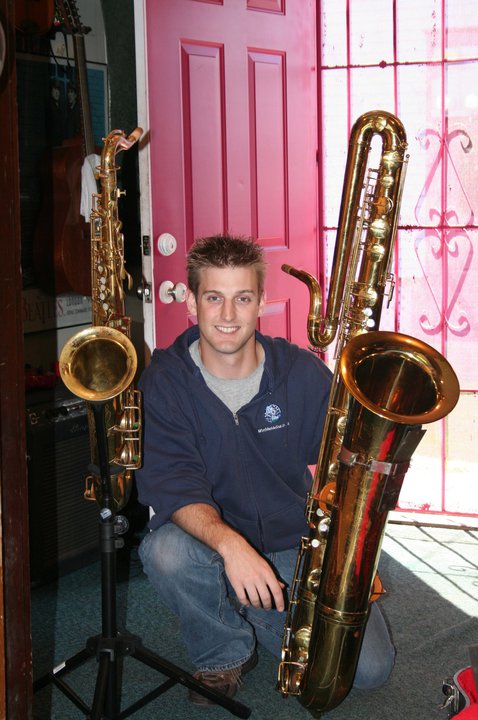 Now, interspersed with work, I try to find time to play at church on Sunday, former stints with The North Cascades Concert Band during the Spring and Fall, and substitute playing for various other groups like The "Skagit Swings" & Jazz Underground Jazz Bands, contacts with Steve's former bandmates in Rockin' Blues "Third Train Running" or classic rock "Brainstorm", or local combos when needed.

I sought out Steve during April of 2008. It’s a good thing I had a "The Martin Tenor" that I wanted to fix up otherwise he may not have been as interested. (Steve loved Martins…a lot. I now know why.) Since I've been at Worldwide Sax from June 2008, I’ve finally been able to upgrade my tenor and soprano. (Thanks Steve!) I love my new, pretty 1947 “The Martin Tenor” and, for now (Haa!), my 1924 Conn Wonder silver soprano. {I'm sure these will change and as my collection grows over time.}...{recently added an SML Rev D Alto to my personal stash}. 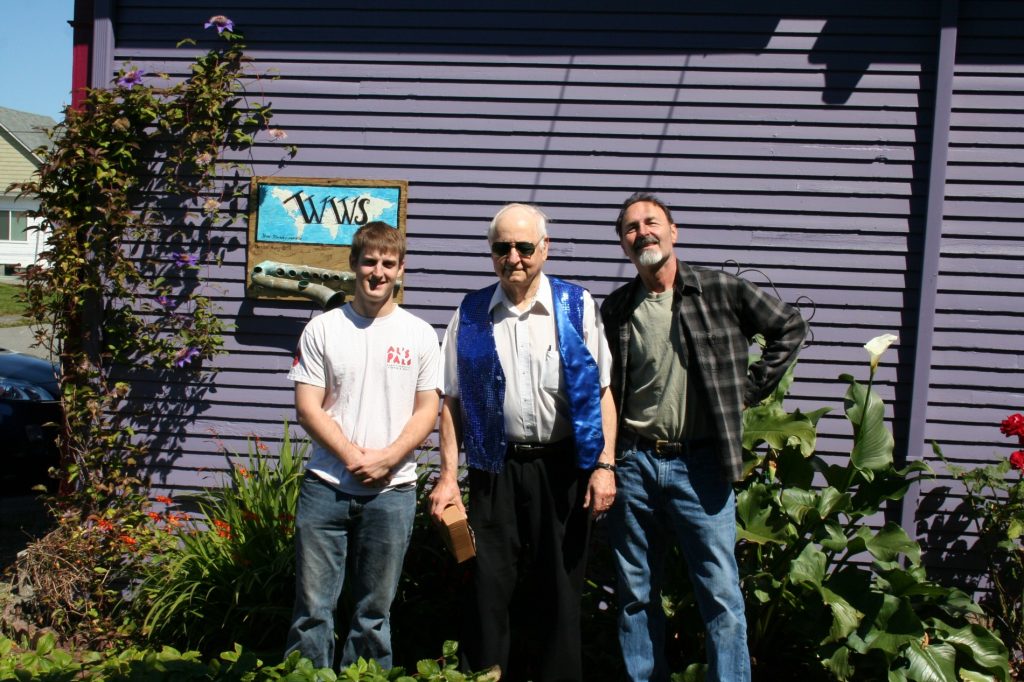 In 2010 I officially started my own business, "Only Saxophones", that carried a small stock, but wide array, from the many trusted student models to intermediates and even pro/vintage horns. (This is all with Sarge's good graces of course!) NEW in 2013, Only Saxophones became a Partner Store to serve the local community and expand into a small stock of rentals...Currently listed at: www.worldwidesax.com/onlysaxophones I got started with my business under Sarge's help but its inception was driven by the need for local students to have a trusted instrument brand to own rather than a no-name sax cheap "instrument". You may see a few of Only Saxophones' horns For Sale on the WWS site and you can rest assured that I will rebuild them to Sarge's standards and they will play great for a long time. I feel blessed to be taught by one of the best. Sarge has passed on great techniques and I find myself agreeing to his unofficial motto..."I like to take my time even though some shops can rush through it but let me make it perfect even if it takes a little longer. Everyone wants it to be perfect." OR my all-time favorite: "There's no law against owning more than one!" (Soon after, I bought my SML Rev-D alto & love it!) I'm now plotting my desires for a set of Top Hat & Canes, ...etc

In January of 2011, it was my pleasure to begin my purchase of World Wide Sax! Sarge had graciously allowed me to continue the business as it's always been...but put me "in charge", so to speak. He's continued to be a part of it all since that day and I can best explain it like this: "Sarge is still here, the shop runs like it always has--He just gets to do whatever he wants now!" haha. It's a great gig for him as he slips into retirement but still being a part of his grand creation. I feel lucky that he has endorsed me with the trust of his baby--WWS. Thanks buddy, it has been an honor to continue to learn it all from you.

The early years of "Sound Files"(YouTube)

(We found that video distracted you more from the sax, plus the added work on our end. Thus, the creation of our Worldwide Sax Sound Files were born!)

As 2012 took its wild route, Sarge passed on. However, the livelihood and passion that WWS thrives on has not. The name of Worldwide Sax and its reputation mean more to me than if it were my own creation because it is a legacy of greatness. I continue to use the time-honored techniques passed down to me from the Conn factory through Sarge and mix them with the hilarious stories of road-sax players' inventions and our progressive sax-component companies. It is the shear love of vintage horns and saxophone in general that guarantee you get my passion in every horn that passes through here. 🙂

December 2014 was the official Move of WWS to the new location (for chadd's home & business combination). It was only a 5 mile move, still in Everett, WA. It was a fun location with a huge upgrade on space. This allowed for business growth and displays. I had a lot of fun with tool upgrades and implementing all the designs I was dreaming about for years. 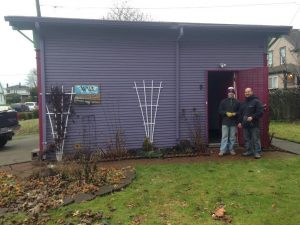 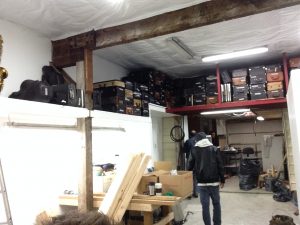 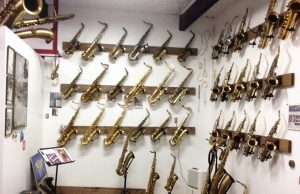 August 2018 was the Move of WWS to the new location, 30 miles south, again with chadd's home & business combination, but to a more focused space with all the same necessary spaces. We moved to get closer to our Seattle/Northwest market center, help our Oregon customers, be closer to wife's work, church, and family.

I hope to serve your rebuild/restoration needs in the future and I appreciate all the loyal supporters of WWS who have become good friends too.