Hey, the Conn plays so nice. I've been really enjoying it. I first tried a Berg from the 70's and didn't have much success. ...I then put the Otto link tone edge on it that came with the horn and it plays great. In tune from top to bottom. Even though it's a smaller tip opening than I'm used to, it plays really nice. Not to loud but fills the room. Very warm sound.
Thanks so much. I'm so happy with the horn.

A local player, Mr. Nordmann, recently got his Conn 10M back from a thorough rebuild after some custom pads and resonators. Originally, he thought that I would tell him the sax was not salvageable from the evident playing career that the sax had had (aka: it was worn, beat up, missing screws and parts, and needed 2x high temp silver brazing repairs...). But, alas, After the black kangaroo pad + silver oversized resonators, this sax filled the room. And here's Mr. Nordmann's first reply:

Here's a photo before we began the assembly: 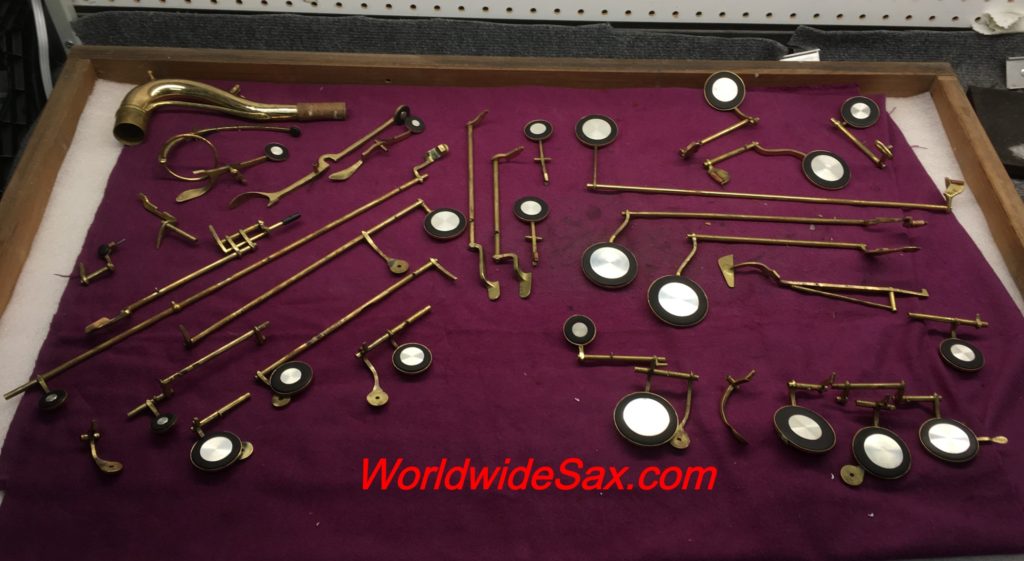