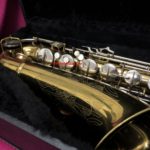 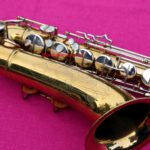 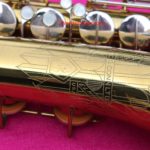 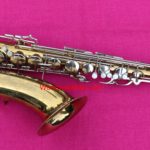 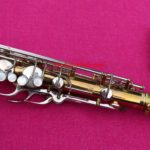 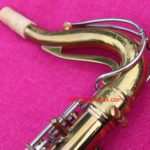 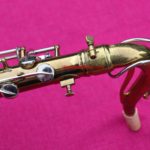 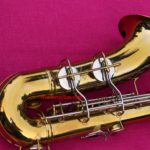 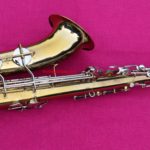 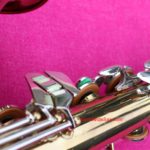 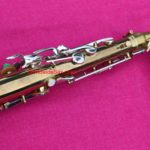 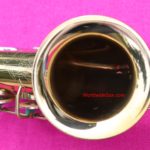 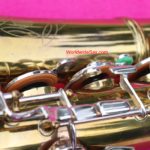 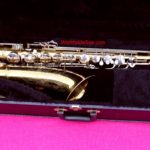 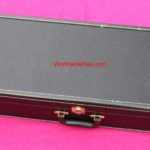 A beautiful example here of what some might call the "last of the real 10Ms" before the Mexico era. An affordable 10M - Yeah Buddy! It still sounds like a 10M, but the snobs will overlook this horn. Trust me, it's good but obviously is no match against a 10M from 1935-42($3000-4500 duh). This is the later double socket neck design also.

This sax was adult owned for the last several years by a fellow who says he was told he was the 3rd owner. As I inspected it, I saw about two small dings/dents in the history and one ping. Although there is some lacquer color shifting, it is original. I have seen this happen on a few pro King Super 20s and can likely be attributed to the cleanliness prep in the factory at the time of lacquering. (and I've also seen some effects from Vito cases(glue?) that affected lacquer colors.)

SOUND: Well, it's a solid CONN 10M sound:  robust, rich, smokey, and bold. Conn was pretty consistent at that.

PADS: Good life - these look like they were used gradually and have tons of life left. My guess is that it had a full rebuild in the last 5-15 years.

CASE: A very nice case that was custom built by the 3rd owner! ($300!) It has a very heavy, wood construction and is in excellent shape.

See Track 1 above to hear these 4 saxes in a Sound File:

See Track 2 above to hear these 4 saxes in a Sound File: