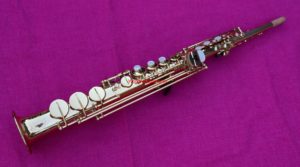 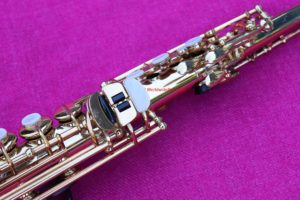 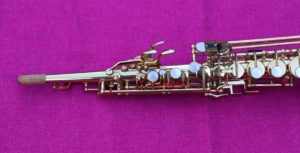 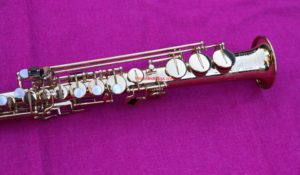 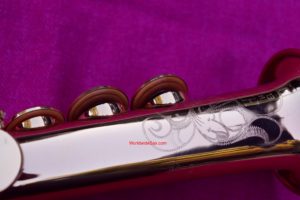 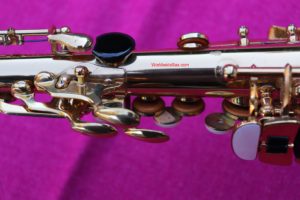 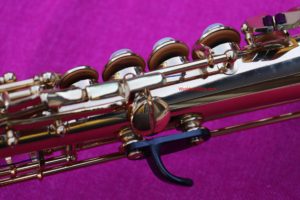 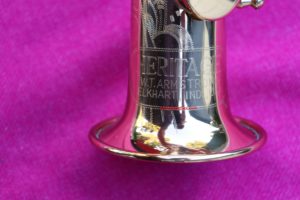 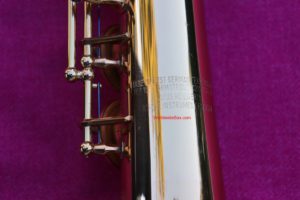 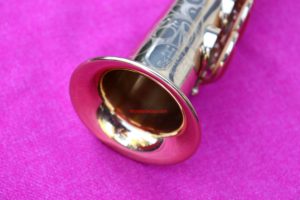 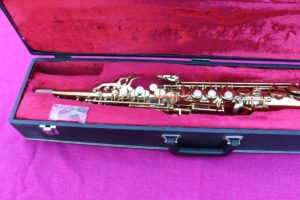 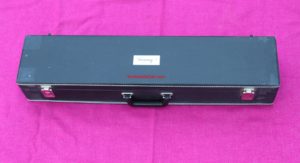 The Armstrong Heritage model was made by Keilwerth and should basically be considered the Couf Superba ii. Common Keilwerth stencil stamping on the rear body tube: "Made in West Germany exclusively for the W.T. Armstrong Company, Julius Keilwerth, Musical Instrument Factory". There is no F# on this sax and I'll insert my Couf description to add info and context here:

My friend Helen helps distinguish Couf sopranos best: BassicSax website. I encourage you to read it for some really good info.

Like an early era of Couf Superba II soprano, this one does not have the high F# key; the early examples also have the metal thumbhook but this one is plastic. And like all of them, the lack of a neckstrap ring has caused many owners to add one; many people add one.

PADS: It arrived with a what could be original pads.