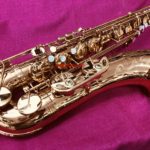 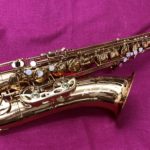 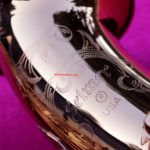 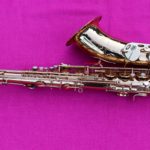 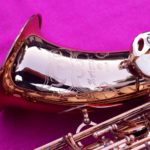 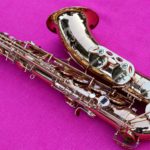 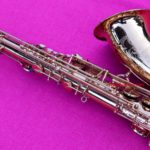 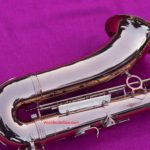 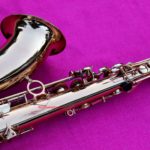 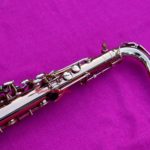 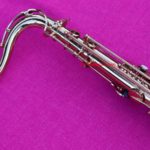 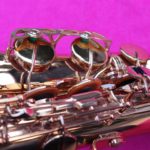 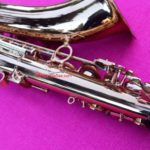 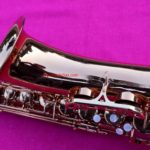 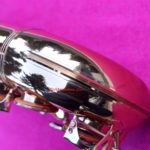 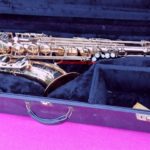 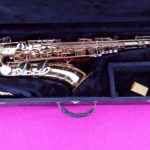 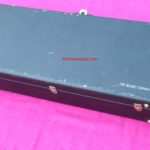 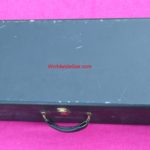 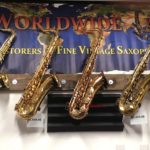 *For color comparison, in the wall photo you can see this Selmer in the middle with two Yamahas to the left (YTS52 & YTS475) and two vintage Kings to the right (Zephyr & Super 20).

Early model Selmer USA in the [Omega] prized serial range. The darker lacquer and a mix of the lighter tone starting to be on the keywork/guards (transitional!) These are seriously one of the secret gems in the whole sax world!

I have plans with this sax to be a great Pro Tenor for a player on a "budget". Let me explain: a Pro, Selmer, Tenor... for under $3000. That is a very hard thing to offer. I'll do my best to help you love it as it may need (strongly recommend a full repad).

Serial #821,46x thus my educated guess is to say it was built in 1984. Original lacquer finish at 90%. It has maybe only 5x chair dings/pings to mention on the backside, bow and bell. They are minor. No evidence of major damage or repairs. Original factory pads seem present and likely still sealing well. The only 'negative' note, if you call this one, is the later engraving style, or less floral wrapping on the bell.

A bit of historical discussion(with added sax forum research): Arguments over the true Omega Model 162 alto (164 as tenor) saxes (note that "Omega" nor "162" nor "AS100" was ever engraved on the saxes) may be different than the AS100 models that followed; and note that other researchers claim that he Omega was never in a Selmer catalog. The main noticeable differences were the engraving change, the high F# change from brass to pearl, and the thumbhook from brass to plastic. From there the AS110 changed the Front F from pearl to a teardrop. Earlier models #820k-#823k, somewhere in the ~#824,xxx these changes appeared.(LINK) There is also a plausible case for a change in lacquer hue on the non-silver models. This is one of the earlier ones with the darker lacquer when compared to the other SA80(i and ii) models.

This is the earlier model #821k with the brass, square high-F# button and darker-rose lacquer hue, and metal thumbhook. This would be the main design and forum-label for what we want to call the "Omega, Model 164"...and a very clean example at that.

REBUILD: We should talk about how to make this sax come alive and play great with a Full WWS rebuild that should last you 10-25years with only low maintenance.