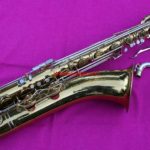 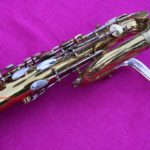 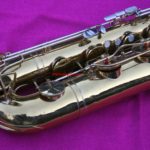 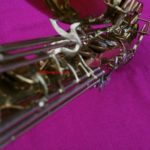 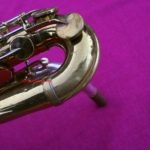 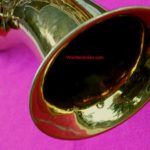 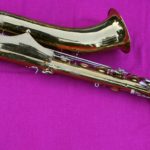 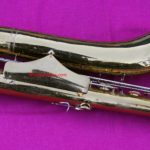 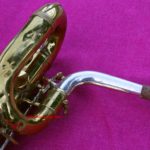 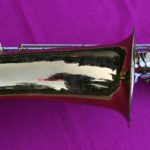 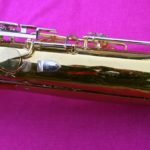 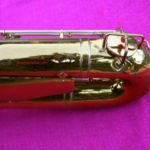 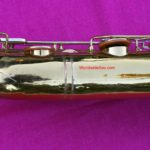 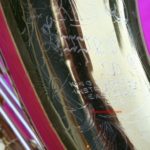 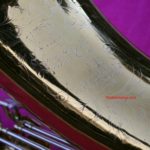 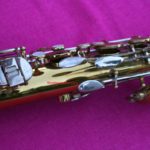 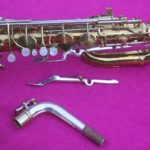 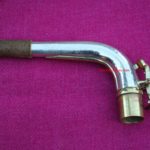 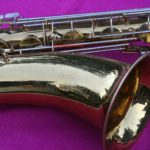 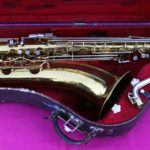 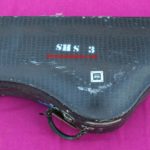 Golden lacquer finish with silver neck! #470k dates it to about 1971. The color for the era looks very correct, but the engraving is less crisp than we might expect to see on an original lacquered sax. It doesn't have all of the indications of a relacquer, but it does have some. This could be original due the Eastlake era and quality control, or it could have been a relacquer in the 70s/80s as it was a school instrument and a lot of relacquering happened in that time frame. It is a later serial number, but that only helps save you money in this case. Don't let that scare you away from a baritone that you don't see come for sale often!

It has some typical bumps and bruises, plus a few larger ones. The body will need straightened and the palm F3 lever will need resoldered (loose in photos); all pieces are present on that. The other sneaky notable is that the E3 side button was replaced at the touch point only. The rest of the arms, rod, and cup are original.