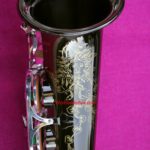 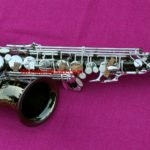 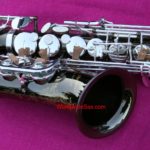 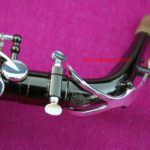 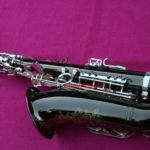 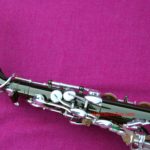 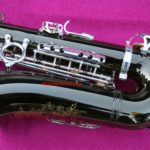 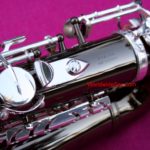 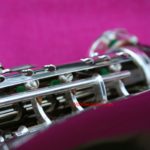 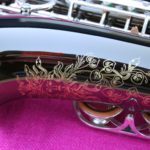 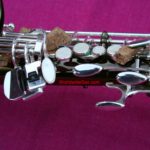 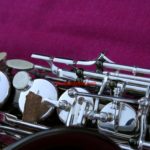 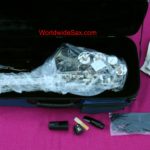 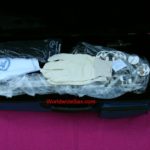 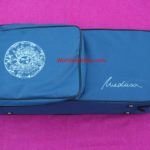 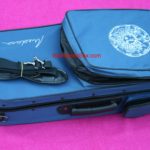 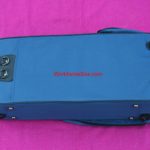 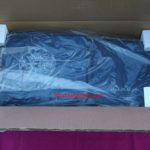 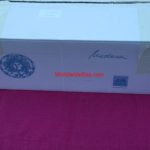 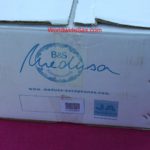 My info here is a blend of credit to Sarge (WWS), the original buyer, and my super knowledgeable friend, Helen Kahlke, who has some of the most congruent info on these saxes. I'm happy to refer you to her write-ups also (bassic-sax).

This is THE example of all the great German saxes that we've learned to love and respect - think also of the Dave Guardala DG500 models, but with the next tier of improvements!

G# lifter
Screw adjustments on the lower stack
*no adjustable palm keys on this example.

MANUFACTURING: For the sake of vintage sax lineage, I chose to list this as B&S but it should be noted that the company technically transitioned to Vogtländische Musikinstrumentenfabrik GmbH Markneukirchen (VMI). I like how Helen says it:

"Vogtländische Musikinstrumentenfabrik GmbH Markneukirchen (VMI) - After the fall of the Berlin wall, VEB Blechblas- und Signal-Instrumenten-Fabrik (B&S) transitioned into the Vogtländische Musikinstrumentenfabrik GmbH Markneukirchen (VMI). Some sections of the national corporation that had been appropriated by the government were liberated once more, while others—such as Hüller—were closed down. After this point in time, VMI only produced standard brass instruments such as horns, trombones, tubas, trumpets, and saxophones.

Despite the company’s return to private ownership, VMI continued producing both Weltklang and B&S blue label horns for a few more years—some of which I have called transitional. It wasn’t until 1991, when they introduced the 2001 series, that it truly stepped onto the world stage as a saxophone maker.